Skip to content
We’ve all read articles about organizations that are bringing technology to remote, rural communities. Whether it’s developing laptops or drones, lights or fingerprint scanners, all of these groups seem aligned in their mission to implement technology that “does good” for underserved populations.
So, when we started TecSalud, we had to ask ourselves the question: Does the world really need another “tech for good” organization?
For Latin America and the Caribbean’s health and development sectors, we believe that the answer is yes.
This region is buzzing with activity to bring quality healthcare technology to underserved communities, often referred to as health technology for the last mile. Public health expenditure is growing at significantly higher rates than in the rest of the world. Countries here share challenges and commonalities, from language to employment to migration.
But the Latin American and Caribbean region is also divided in its use of last-mile health technology. Its 33 countries are spread farther across the development spectrum than any other region in the world. Argentina and Chile, for example, are testing augmented intelligence in hospitals, while Haiti and Honduras are working to establish basic cellular networks. Such differences are in part responsible for limited inter-country collaboration and the persistence of national health-technology silos.
Differences also exist with other regions. There is significantly less research in English-language journals about last-mile health technology in Latin American or the Caribbean than other developing contexts. At a prominent global health technology conference last year in Washington, one third of the 271 speakers came from Africa and Asia. Only one speaker represented Latin America during a networking breakfast.
Language is a significant contributor to this inter-regional knowledge sharing imbalance. English, the most widely spoken language in health technology circles, makes cross-country collaboration between Botswana and India easier than between Jamaica and Bolivia.
Latin America and the Caribbean’s overall development indicators are also higher, making it less attractive to foreign aid funders. In 2019, the U.S. government is projected to allocate 30 times more foreign aid health funding to Africa than to Latin America and the Caribbean, even though Africa’s population is just twice as large. That makes sense from a need’s perspective, but foreign aid is also a primary driver of last-mile health technology. These funds support countries like Malawi, where 5 or more digital health projects in each of its 28 districts place it farther along the health technology spectrum than many Latin American and Caribbean communities who may receive limited and intermittent support at best for similar initiatives.
There is clearly vitality and momentum in Latin America and the Caribbean to bring health technology to underserved areas. But when it comes to knowledge-sharing, research, language, and funding, we see significant gaps among Latin American and Caribbean countries and between regions.
We started TecSalud to fill in those gaps and to connect those dots. We are doing this by making connections and commitments within and outside of Latin America and the Caribbean, through technology, services, and people.
Commitment to Latin America and the
Caribbean 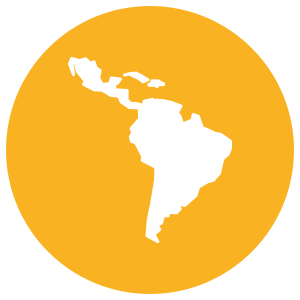 Here in Latin America and the Caribbean, we are growing a network of technologists, organizations, funders, governments, and universities committed to bringing excellent healthcare technology to underserved communities.
Through this network, we’re creating a community of practice to share what we and others are learning – even when things don’t work out as planned. We will share everything with professional translation in English, Spanish, and soon in Portuguese (and no, we aren’t talking about Google Translate). We’re committed to building a strong, thoughtful and relatable team that is based in this region and works in our clients’ languages.
Commitment to our client organizations 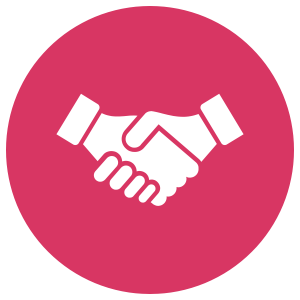 Our clients are our highest priority, whether we’re working with grassroots organizations in Guatemala, ministries of health in Belize, or development banks in Honduras.
We understand what organizations here can realistically afford, adopt, and support when it comes to technology in health and development. To ensure that we’re doing right by our clients, we’ve committed to not taking money from technology providers as implementers of their products. We’re more excited about challenging technology companies who work in development and last-mile health to make their tools more accessible and understandable than about the incentives they can provide to increase sales.
Commitment to women in our industries
As a women-owned technology organization, we believe that the development and technology industries can do much more to support women.
We’re pushing for this reality to change. We want to share frank and honest learnings about challenges women encounter in our industries. On an annual basis, we’re dedicating hundreds of service hours towards pro bono work for small organizations that are led by women or are committed to empowering women.
As we start our second year, we look forward to sharing what we’re learning in this vibrant part of the world. Thank you!
Christina & Gillian
Founders, TecSalud